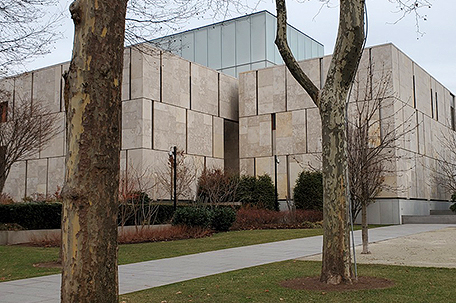 Whether your latest resolution was to spend more time with your family or not, this column is for you. Philadelphia was designated the nation’s first UNESCO World Heritage City in 2015, placing it on par with Berlin, Mexico City, Paris and Quebec City. It is widely recognized as an international destination, a historic and cultural mecca with venues that are accessible, affordable and family friendly. (#visitphilly)

I recommend CityPASS in every city where available and Philadelphia CityPASS is a member of the program. Passes are available online and can be printed or saved on your mobile device for use at attractions. Users choose up to five of twelve attractions to save up to 45% and bypass the ticket line. Tickets are valid for nine days after first use. A mobile travel guide is offered containing complete attraction information. (www.citypass.com/phi)

Although they observe a brief hiatus from January until March, the Philly PHLASH is the best bargain in town. These colorful buses travel to 18 attractions, departing from a scheduled route, and two additional sites, visit the Please Touch Museum and the Philadelphia Zoo, after a PHLASH transfer. Visitors can hop on and hop off, buses are 15-minutes apart, an all day pass is $5.00 and seniors are free with a Septa Key card. This is also a great way to show guests the city.  (www.RidePhillyPHLASH.com)

No matter how enthusiastic you are, you can’t do it all in a day.  Most visitors tour Independence National Historic Park on their first trip; after that, the choices become more difficult. The original city was planned to be 1,200-acres, one mile wide, two miles long and was laid out in an innovative grid system. Land to the west of the city was reserved for later use. That original area — including the cultural corridor known as the Benjamin Franklin Parkway — has since become a tourist draw with a vast number of museums, scientific institutions and architectural attractions.

Anchoring the Parkway is the Philadelphia Art Museum, chartered in 1876 as part of the Centennial Exposition. The current site was selected in 1907 because of its location on the highest point in the city. The building was primarily designed by the African American architect Julian Abele of the Horace Trumbauer firm.  The design was based on classical Greek temples. He received minimal recognition until the late 20th century.

The museum first welcomed visitors in March 1928. The 240,000 object permanent collection and special exhibitions are displayed throughout more than 200 galleries. Before leaving the site, visitors love to run up the 72 exterior stairs and have their picture taken with the Rocky statue located in a grove to the right of the steps. A marker outside details Abele’s contribution. (www.philamuseum.org)

Dr. Albert Barnes was born in 1872 in Philadelphia, attended Central High School and earned a medical degree by the age of 20. He created an antiseptic and became a millionaire by the age 40, at which time he began purchasing art for his collection. In 1922,  he established the Barnes Foundation, and his residence on 12 acres in Merion, Pennsylvania was  where his artworks were displayed to a limited number of people. In 2012, the foundation moved into a new $150-million museum on the Parkway. In 2009, Barnes’ story was the subject of a documentary, “The Art of the Steal.”

Until January 12, 2020, a collection entitled “30 Americans” is on view. The exhibit explores race and gender through the artworks of 30 contemporary African American artists. Exhibited artists include Jean-Michel Basquiat, Barkley L. Hendricks and Kehinde Wiley. (www.barnesfoundation.org)

Eastern State Penitentiary is one of the countries most haunted sites and has been featured on several television shows, as well as in movies and music videos. Most people visit for the Halloween extravaganza, “Terror Behind the Walls.” However, I suggest that you visit for the history and architecture any time of year.

Don’t be surprised that Benjamin Franklin was there from the start. In 1787, Franklin and a group of citizens met to discuss the deplorable conditions at the Walnut Street Jail where all prisoners, regardless of their crime, age or gender were incarcerated together. Crime and disease were rampant. Reforms were instituted but the need for a larger prison, based on the Pennsylvania System of repentance, rehabilitation and spiritual guidance, arose.

The co-ed prison — located in what was then considered the suburbs — was completed in 1829. The design, a central courtyard with seven corridors and two story cell blocks arrayed around it.

The stone exterior’s walls were 20 inches thick. The prison was equipped with central heating, as well as toilets and showers in each cell. Prisoners were isolated from each other,  with their only personal property being a Bible. They were fed and communicated through a hole in the door.

Fifty stop tours are self-guided but include an audio tour narrated by Steve Buscemi.  Highlights of the tour  are “The Hole” and a facsimile of the cell occupied by Al Capone, complete with Oriental rug, radio and other creature comforts. Elmo Smith and Slick Willie Sutton were other notable prisoners.

Women were admitted in 1831, and the cell blocks were desegregated in 1961. Visitors can participate in the Hands-On History program for an interactive experience. The prison, a National Historic Landmark, closed in 1970 and reopened as an attraction in 1994, although visitors, Marquis de Lafayette, and Charles Dickens toured as special guests in the 19th century.

The award-winning JumpSmart is a must for every road trip as well as at home rescues. The lightweight, portable device is an emergency jump starter, with built-in safety features, 4-mode flashlight and SmartSpeed Technology power bank to power mobile devices. This really can save your life. (www.limitlessinnovations.com)

16 TRAVEL ESSENTIALS YOU SHOULD BUY IN 2020Top Lists